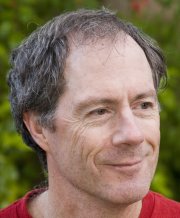 — Written for Monterey County's The Herald

Last month I heard the heart-charging announcement of my imminent stage debut. I was selected as one of the four audience participants in the evening performance of "The 25th Annual Putnam County Spelling Bee" at the Post Street Theater in San Francisco.

The show is a wonderful Tony Award-winning musical comedy about six super-achieving middle schoolers (played by adults). They vie for the county spelling championship and are supervised by an adult emcee and a word pronouncer. Dreams of grandeur mix with outrageous orthographic demons and those of the inner teen and pre-teen sort.

Staffers solicited volunteer finalists in the lobby before curtain time. My son, Christoph, a York School student and National Spelling Bee competitor, mentioned to them that I've joined the new rage of fundraising adult spelling bees.

However, the staff was more afraid of picking him than me. I edged out my wife Linda because they wanted only one from a family and they rarely have older men volunteer.

I admit it. I was a ringer.

Staff members advised us to be ourselves, follow the lead of the cast members, ask for a definition and sentence, and spell well. The other three guests were two women and one man, all 20-somethings. At 53 I'm a Q-U-I-N-Q-U-A-G-E-N-A-R- I-A-N.

High above on stage, spellers sat on bleachers in a gymnasium setting. I wore the perfect armor---number "4," my childhood lucky number. The packed house of more than 700 audience members was almost totally obscured by darkness. I could not make out Linda and Christoph in the sixth row. I have no acting experience, but I suspect a virtually invisible audience eases an actor's ability to stick to the business of performing.

One of the audience members went down on "gardyloo" (the Scottish equivalent of shouting "Bombs away!" before throwing household slop outside an upstairs window). Neither of the other two audience contestants got easy words, but they survived.

All the spellers endured good-natured harassment. On my first turn, the emcee pounced on my last name with a lightning psychoanalysis of my inability to understand my inner enigma, explaining why I'm a mystery even to myself.

I am at home walking up to a mike, viewing lots of fixed stares, hearing a word, spelling it and returning to my seat. The Putnam Bee hilariously foisted me way out of that comfort zone.

From reviews I knew the audience members are eliminated before any of the six cast members. Ironically, no matter how brilliantly I would spell, I had to be eliminated for the show to go on. I feared the officials possessed all the necessary devices to ding me out: intentional mispronunciations, nonsense words, obsolete words, coined words and the have-I-got-one-for-you "legitimate" bee words.

At the mike I was exploding with anticipation as I awaited my first demon. It was the infinitely difficult "cow." I burst into laughter with the audience as I had to request the definition and a sentence. My actor-rivals instantly erupted with raucous objections in the "Pandemonium" number: "That word's so moronic... I want words as lame... Life is random and unfair. Life is pandemonium." My return to the bleachers was met by six professionally contrived glowers.

Payback was in the dancing. During the next number, we were arranged in two rows on our haunches and locked arm and arm. The unpredictable stepping left then right was a constant fight to stay balanced. The other audience guy found himself on the end of the front row and was falling everywhere. At least I had actors on both sides for support. A lifetime of distance running and now tennis has not bestowed a sense of rhythm, and that deficiency showed all too pitifully.

Seemingly determined to make me lose all sense of dignity, the actor on my left ordered, "Shake, shake!" All I could do was jerk my torso forward and back and jiggle my head. I felt as if I were falling in every conceivable direction. Help! Unless you're a belly dancer, don't try crouch line dancing at home.

The formation stood up and scattered into a hodgepodge of dancing and jumping. I was led in the movements by a trusted actor's hand. What choice did I have? He guided me to join hands overhead with the two audience members. "Jump, jump!" we were commanded. Jump-jump we did. As newly devoted performers of hands-aloft trio jumping, we were oblivious of the sudden silence, the spotlight, the "What's-up-with-those-three?" expressions of the actors, and the rising audience laughter. The conspiracy was perfectly executed.

The time came to purge the stage of audience participants. The same arsenal of astronomically difficult words the actors had been spelling would doom us remaining three. Example: "omphaloskepsis," belly button meditation. Sure enough, my two partners were sent packing on their second words. It was their turn to get a hug from the intimidating "comfort counselor."

Slightly larger than the average refrigerator, this imposing character sported dreadlocks, rapper attire and an attitude to match. His community service while on probation was to ease the pain of those who misspelled.

After the pronouncer provided the crowd with my medical history of head lice, he uttered "Vigintillion." Fascinated with numbers as a child, I knew "vigintillion" and all its 63 zeros from a big-number list my father gave me. Sensing me a hopeful underdog, the audience roared for my successful spelling. Back to my bleacher-mates who met me with wide-eyed amazement. If only I could hang on a little longer.

The next speller missed, which meant I had beaten a cast member. After his song of protest ("The best spellers don't necessarily win..."), the emcee called my name out of sequence. Dead man walking.

On my tan-colored outfit she quipped, "Mr. Riddle is looking forward to the time when his favorite styles come in colors." The pronouncer gave a word. I spelled it. Halfway back to the bleachers, he shouted, "Not so fast, Mr. Riddle." An about-face and I was back at the mike.

He fired several more spelling salvos. I nailed them, despite his dirty tricks. "What's the definition?" "There's no known definition." "May I hear it in a sentence?" "No!"

Encouraging my exit he goaded, "Let me remind the audience, the garage across the street charges by the hour."

The longest word I encountered was "xerophthalmia," a thickening and dryness of the eyeball from a lack of vitamin A. The shortest was "ouabain," a substance used for African arrow poison. The sentence: "Mr. Riddle will spell 'ouabain.'"

Each correct spelling elicited thunderous approval and applause. The emcee and pronouncer were shocked and amused with each spelling. The comfort counselor stood closer and glared more ominously with each word. I was living the dream.

Until I met up with a Norwegian cheese. "Gjetost." I left out the silent "g." The "ding" and gruff correction by the pronouncer ("No, it's G-J!") dissolved away into my comfort counselor's BIG hug and song: "... You will be missed... You can go with pride..."

The spellers followed me to my seat and sang a reprise. When they filed out the aisle after curtainfall, each of them gave me a high five. I had spent an hour on stage, more than half the show.

Spelling on stage paralleled life's pursuits. The best don't always win. Losing did not make me a loser and winning isn't everything. Competing is a victory in itself.

Putnam was not the end of my spelling career. I'm off soon to team up with my niece in Washington for a word war benefiting a local literacy program. I will continue to be in awe of the international richness of our language and the good causes -- such as child tutoring, adult literacy and dyslexia -- adult spelling bees foster across the country.

Now I find myself perusing the local community college catalog's list of acting classes. I did discover that gjetost is mighty tasty once I saw past its brown color. And I am forever resolved to scrutinize cheese labels.